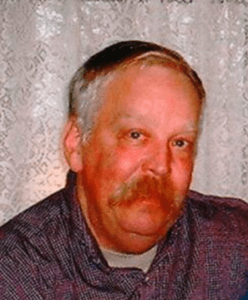 Graveside memorial services for Tommy Coombs, 73, of Warrensburg, Missouri, will be held at 10:00 A.M. on Saturday, July 3, 2021, at the Pleasant Hill Cemetery, rural Aurelia, with Pastor Bruce Rapp officiating. Inurnment will be in Pleasant Hill Cemetery. There will be no visitation. Memorial contributions are suggested to the American Legion Post #390 in Aurelia. The Redig Funeral Home in Aurelia is in charge of arrangements.

Tommy Richard Coombs was born July 25, 1947 in Sioux City, IA, to Tom and Doris (Will) Coombs. Tom grew up on a farm and went to school in Aurelia. He attended Westmar College before joining the Navy and serving a term in Vietnam. On November 21, 1972 he was united in marriage with Denise Buss in Cherokee.

Tom especially loved spending time with his children and grandchildren. He also had a lifelong love of horses. He took up saddle and leather repair which he enjoyed for much of his adult life. He retired from Tan Tara Resort in Osage Beach, MO. Later due to health issues, he resided at Missouri’s Veteran’s Home in Warrensburg, MO. until the time of his death.

Tom was preceding in death by his parents, a sister Peggy, brothers-in-law Brad Ebaugh and Michael Glouser, and nephew Adam Urbanski.