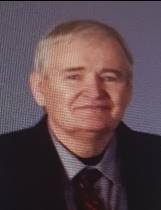 Graveside memorial services for Charles T. Waddell, 67, of Alta, formerly of Aurelia and Spencer, will be held at 2:00 P.M. Saturday, April 3, 2021, at the Pleasant Hill Cemetery, rural Aurelia, with Pastor Bruce Rapp officiating. There will be no visitation. Inurnment will be in the Pleasant Hill Cemetery, with Military Honors by the Grashoff-McManus American Legion Post #390 of Aurelia. The Redig Funeral Home in Aurelia is in charge of arrangements.

Charles Thomas Waddell was born September 25, 1953, the son of Robert Paul and Anna Margaret (Pfeifer) Waddell in Salina, Kansas. He graduated from the Aurelia High School in 1972. He entered the US Air Force on May 6, 1975 and was honorably discharged on August 10, 1978. He completed the Law Enforcement course from NITC in 1982. Charles then was employed as the police officer in Paullina from 1982 until 1984, and then as a police officer in Spencer from 1984 till 1999. He then worked as a security guard at the Wild Rose Casino, retiring in 2015. Charles married Jody Moos, they were later divorced.

Charles enjoyed going to auctions, and spending time with his grandchildren.

Preceding Charles in death were his parents, Robert and Anna Waddell, and his grandparents; Charles and LaMerne Waddell and Frederick and Catherine Pfeifer.

Survivors include one son, Nathan Waddell of West Des Moines, two daughters; Brandi and her husband Jesse Haberl of Royal, and Danielle Waddell of Spencer, three grandchildren; Tessa, Olivia, and Owen Haberl, two brothers; Mike and his wife Jeannie Waddell of Aurelia, and Tim Waddell of Hawarden, aunts and uncles, and other relatives and friends.