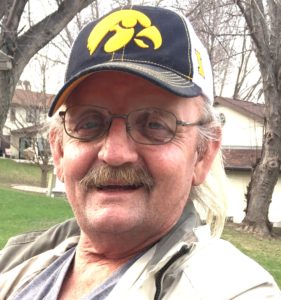 Rodney Charles Galvin, 61, of St. Louis Park, Minnesota and formerly of Aurelia passed away May 1, 2020 at his mother’s home in Aurelia, Iowa.

Rodney was born May 27, 1958 in Cherokee, Iowa to Donald and Imagene (Parrott) Galvin. Rodney attended school in Aurelia where he graduated in 1976. While in high school, Rod was active in many sports including Football, Basketball, Golf and Baseball. His two favorite sports were football in which he earned 1st team All-Conference and UPI All-Northwest Iowa Team his senior year and golf where he was part of some great teams. Rod was also the Vice-President of his Senior Class.

After Rod graduated from high school, he worked for Quad State Construction slipping grain elevators. He eventually moved to the Minneapolis area where he continued his contracting skills and became a self-employed contractor owning his own business “Galvin Construction”.

On August 20, 1988 Rod married Judith Haben at New Hope, Minnesota. They lived in Hopkins, Minnesota for their married life of 17 years.

Rod was an avid Iowa Hawkeye and Minnesota Twins and Vikings fan. However, his greatest love was fishing and golfing. Rod was proud of the “Big Fish” he caught but his proudest moments came on the golf course where in his later years he carded not one but two hole-in-ones at the Aurelia Golf Course. Even though the two hole-in-ones were a couple of his biggest moments, the game of golf brought out his quick temper. Rod was known to have wrapped a few clubs around the trees at the Aurelia Golf Course.

Rod enjoyed spending time with his family. Even though Rod didn’t have children of his own, he loved his nephews, great-nephews and great-niece as if they were his own.

Rodney was preceded in death by his father, Donald Galvin, and his brother-in-law, Orlyn Webb.

A private family graveside service will take place with a Celebration of Life at a later date.

Obituary submitted by the family