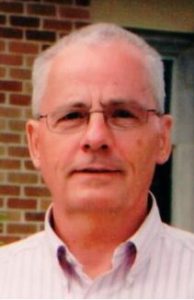 Eddie Lynn Benson was born on October 3, 1947, in Cherokee, Iowa, the son of Clifford and Frances (Booth) Benson. He attended school in Aurelia and graduated from the Aurelia High School in 1966. Ed worked with his father at Benson Trucking. On January 20, 1968, he married Jeanine Rath at the St. Paul Lutheran Church in Aurelia. Later he operated Vans by Benson, owned and operated the Back Bar Steakhouse in Aurelia for 20 years, sold cars for Brown Chevrolet in Cherokee, and operated Benson Auto Sales at his acreage in Aurelia.

Ed was a member of St. Paul Lutheran Church, served on the Aurelia Volunteer Fire Department from April 13, 1970 until he retired on April 18, 1980. Ed purchased and remodeled many homes in Aurelia. He enjoyed his family and grandchildren, fishing, the Chicago Bears and the Atlanta Braves, Morningside College football, golf, restoring cars and other items, and took pride in his yard.

Preceding Ed in death were his parents, two brothers; Larry Benson and Charles (CB) Benson, and one nephew, Mark Benson.