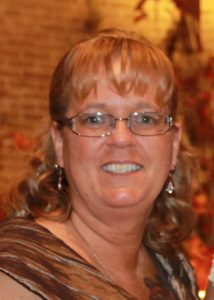 Mary A. Keleher, 54, of Sioux City, formerly of Aurelia, Iowa, gained her angel wings surrounded by loved ones Sunday, January 7, 2018, at the University of Nebraska Medical Center in Omaha, following a courageous battle with a brief illness.

Mary Ann Keleher was born April 1, 1963, the daughter of Marvin and Doris (Knudsen) Peekenschneider in Cherokee, Iowa. She received her education in Aurelia. She held a few different jobs, but her favorite was following her mother’s footsteps and working with children at Apple Tree Preschool and Learning Center.

In 2007, Mary met the love of her life, Jerome Keleher They were united in marriage on May 9, 2009. They enjoyed riding motorcycles, watching the Denver Broncos, and spending time with their grandchildren. Her grandchildren were her greatest joys and she could often be found at their sporting events and spending as much time as possible with them. She was their biggest fan.

Mary had three children; Mitch, Madison, and Nikki, from her previous marriage to Jim Loucks. Her children were the apple of her eye and she was their biggest supporter. She loved them more than life itself and they will miss her so very much.

Preceding Mary in death were her parents, Doris and Marvin, one sister, Joanne Peekenschneider, and her father-in-law Joseph Keleher.